The LTA - Did they help Kyle Edmund?

It's inevitable when some success happens that the speculation starts. Rumour and speculation is often rife amongst the press for a sensational story. One question I am often asked and it has been rife over the last two days is about the help Kyle received alone the way. I'm asked how much the federation is responsible for Kyle's success. Did he come through their 'system' and how much, if any, funding he received.

I would like to make it really clear that from my perspective the performance side of British tennis has been in a state of flux for about four years. This is no secret and on a day-to-day basis this has had little affect on Kyle, although it may have affected the crop of players behind Kyle.

The second matter to mention is there has not been an LTA system to speak of whilst Kyle was developing his game but frankly that too is not an issue. Tennis, as I'm sure is true with other individual sports, is about attitude and application. You don't need a 'system' if you are prepared to work hard every day on your own game and you have parents or somebody helping to manage the continually changing requirements. As hands-on parents we helped to monitor Kyle's development but not all parents have the time, resource and know-how to do this. What you also need is a bunch of committed people to help you enjoy that daily commitment and the LTA coaches did exactly that. They helped Kyle stay motivated. Were they a perfect bunch? hell no, I have had many disagreements with the LTA and still do but they are trying to do the right thing every day. The LTA coaches Kyle worked with generally did a good job!

I do believe however that a 'system' is required and I don't mean a broad pathway, I mean a detailed way to coach, train and mentor players. Each player needs to work within the system but must be coached and treated as an individual. The natural talents, strengths and weaknesses of one player are certain to be different from the next. I really believe that psychology, breathing, eating and training should be developed from a young age. A complete whole-life approach. This was not available to Kyle but our family continually searched for ways to improve. I'm sure the approach to high performance coaching, to be announced soon by the LTA, will address these issues.

When it comes to funding Kyle's career, our family sacrificed tremendously to help Kyle and we managed to obtain some commercial help from others like the Wates Family foundation but overriding this the LTA were instrumental in assisting Kyle. Along with many other juniors he was taken on trips and they funded elements of his coaching costs once he really showed promise. They funded his junior career more and more as he continued improving and continued working hard and the results continued.

The funding from the LTA stopped in 2015 which was the right thing to do, although the manner in which it was done could have been better. However, without a shadow of doubt the LTA helped Kyle and they deserve credit for this as Kyle achieves some success, I think he's paying them back in buckets. We need more players and the LTA need to support them as much as possible because it's brutally expensive but it's up to the players and parents to commit first.

Much has been mentioned of Andy's influence on Kyle and whilst they don't spend substantial amounts of time together as Kyle has really only been on the ATP tour for two years, Andy has certainly helped Kyle with advice and fantastic off-season training camps.

Yes, the LTA really did help Kyle achieve success and with the right approach they can do it again in  my view. 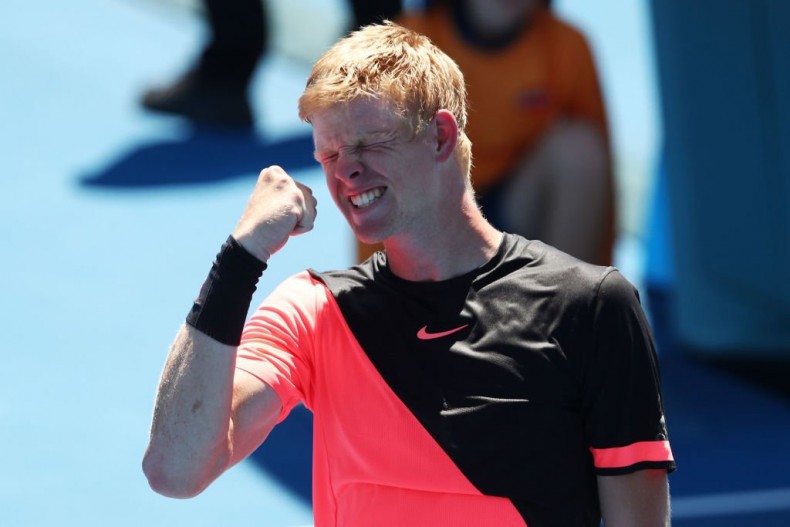