Eye on the ball at Davis Cup

What a way to finish a Davis Cup tie. The umpire certainly kept his eye on the ball!

In all seriousness I understand that umpire Arnaud Gabas is not seriously injured and my Dad had spoken to him yesterday at breakfast and he confirmed that he will be seeing a specialist when he gets home to France this week.

I really wanted to finish the match off with a win on Sunday after my dismal performance on Friday but it wasn't to be but I was happy with the way I played that match. I can't really explain my match on Friday against Vasek other than to say that I just didn't settle and Vasek served extremely well, especially on the big points. Can't take anything away from him, he deserved the win.

Whilst Dan played well I think full credit must go to the doubles boys Jamie and Dom. It was a massive task to beat the likes of Nestor and Pospisil on that court. Dom's whip-like backhand cross court shots were legendary. Full marks boys, great effort.

Dan played well against Vasek on Sunday and like most of you, I probably thought he would get the win and wrap everything up for GB. But Vasek had other ideas and again his serve delivered big time for Canada.

I spent most of Dan's match, from around 3.1 in the 1st set, in the GB team room. I was chilling, eating, stretching, warming up, cooling down and generally trying to remain calm. I really tried to focus on the my processes in the normal way before a match. The difficulty with playing second in a Davis Cup tie is, unlike an ATP event, you are pretty much alone or perhaps with one coach or physio in the back room. So there are no other players to have idle chat with or play cards etc. You are also trying to not watch the match or get caught up in the tension.

Eventually Dan lost and I wanted to grab the opportunity in the 5th rubber with both hands to make a mends for my team, the fans and British tennis. I think I delivered and I was happy with my performance and it's a pity I couldn't finish the job off. To be fair to Denis, he was under a huge expectation for a 17 year old and he handled it well. He made a mistake and I'm sure he will think twice before smashing a ball out of court in the future. Good luck to him.

Well done GB team and thanks to the many fans that follow us. Bring on France. 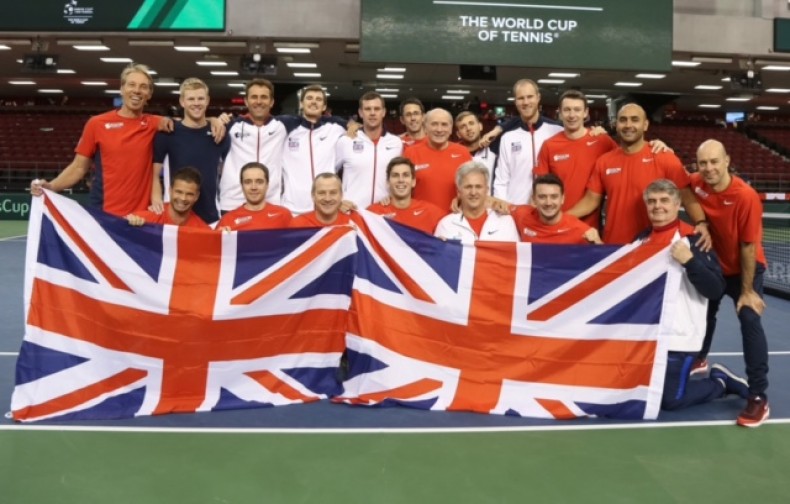